Raised in University City, Sgt. Legrand Strickland, had a calling to serve at an early age. Two
years out of high school, Legrand enlisted in the United States Army as a light infantryman.
After completing his initial enlistment, Legrand entered the National Guard as an infantry
rifleman while he attended school at Oklahoma State University in the field of Visual Communications.

After earning his degree, Legrand worked as graphic designer for a company in Arkansas.
Duty, purpose, challenge and camaraderie would again compel him to actively serve his
country once more. In 2009, Legrand re-enlisted in the Army, this time as part of the 82nd
Airborne Division. Later that same year, he was deployed to South-East Afghanistan with a
unit purpose of training the Afghan troops ways to help them take over for themselves. This
also included routine check ups and engaging with people in the area, responding to problems
or concerns and conducting occasional patrols.

Everything dramatically changed on February 2nd of 2010. While returning from a mission, an
improvised explosive device struck his commanders vehicle that was just ahead of him. His
commander survived the explosion and then joined Legrand in his vehicle, where Legrand
was manning the 50 caliber machine gun on the Humvee. Shortly after resuming their movement
back to base, their vehicle took a direct hit by an even larger I.E.D.
In the aftermath, nothing that was hit, looked noticeable. Even the homogenized steel
Humvee looked like a discarded soda can. Legrand barely survived the blast, but his commander,
and his friend who was driving, did not. In a coma and rapidly losing blood, the
medics and other soldiers on the mission immediately went to work with first aid trauma care.
In critical condition, Legrand was transported to military hospitals in the area for stabilization
and immediate surgery. Due to the severity of his injuries, ultimately Legrand had to be sent
to Brooke Army Medical Center in San Antonio, for long term treatment and care. Among his
injuries, the most serious are bi-lateral trans-femoral leg amputations and traumatic brain
injury.

Legrand’s wife, Carrie, continues to be his stability. Helping him recover from his devastating
injuries while also helping to raise their two sons, Noah and Nathan. In a strong testament for
the Stricklands’ desire to serve, Noah has followed his dad’s shining example and is currently
enlisted in the US Army.

As our initial support to Legrand and Carrie, JCS will help offset the utility expenses at their
newly built smart home. We are honored and excited to welcome Legrand, with Carrie, Noah
and Nathan, into the Joshua Chamberlain Society as our 13th JCS Hero. 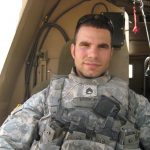 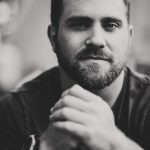