Hello, my name is Eli Tice. I come from a military family that can be traced back to the civil war, WWII, Korea, Iraq and Afghanistan. I was born to an Air Force Veteran mother and a Marine and Army Veteran father in Berlin, Germany during the summer of 1990. My mother will tell you that i have wanted to be a Marine ever since I had a thought in my head. I can’t say she’s wrong. My drive to become a Marine followed me through school and once I graduated high school it was my time. I had watched my brother leave for Marine Corps boot camp a few years earlier and read his letters but there is very little that will help you prepare for life at Parris Island. Through the 13 weeks I transformed from a high schooler, to a scared recruit, into a leader of recruits and finally a United States Marine. It was the achievement of a life time and I was excited to start my enlistment as an Infantry Marine. I graduated the School of Infantry in 2009 and ultimately got assigned to 1st battalion 2nd Marines, stationed in Jacksonville, NC. Eventually, after almost a year of pre-deployment training, my unit received orders to Helmand province, Afghanistan in support of Operations in an area called Salaam Bazaar that had been occupied by the Taliban as a safe haven and arms dealing center. Three months into my first deployment, on May 24th 2010, I was on a security patrol approximately 1 kilometer from our patrol base when our squad decided to search and secure a nearby compound. Unknowingly we had entered an IED, booby trapped, residence that would ultimately take my right leg, thumb, and a considerable amount of muscle tissue from my arm and left leg. Fortunately, I was the only one seriously injured and was able to get airlifted off the battlefield safely. After months of impatient care, Surgeries and therapy I was able to walk again with the use of a prosthetic leg. I was extremely lucky to have the care and support of the Doctors and Therapist at Walter Reed. They healed and prepared me to  get back to a purposeful and fulfilling life, which is exactly what i am set out to do. Today, I am sustaining a 3.8 GPA at Middle Tennessee State University as an Aerospace Science undergraduate. I am leading a successful and purposeful life in spite of war injuries due in part to amazing and supportive Veteran organizations and Patriotic Individuals set out to impact the lives of Veterans, such as the Joshua Chamberlain Society that allow injured, ill an wounded Veterans the opportunity to focus on their recovery rather than financial and accessibility burdens. I am very proud and honored to be a part of this amazing organization and would like to thank all those who support our Nations warriors. 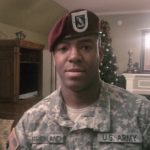 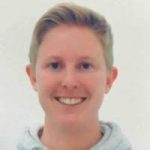