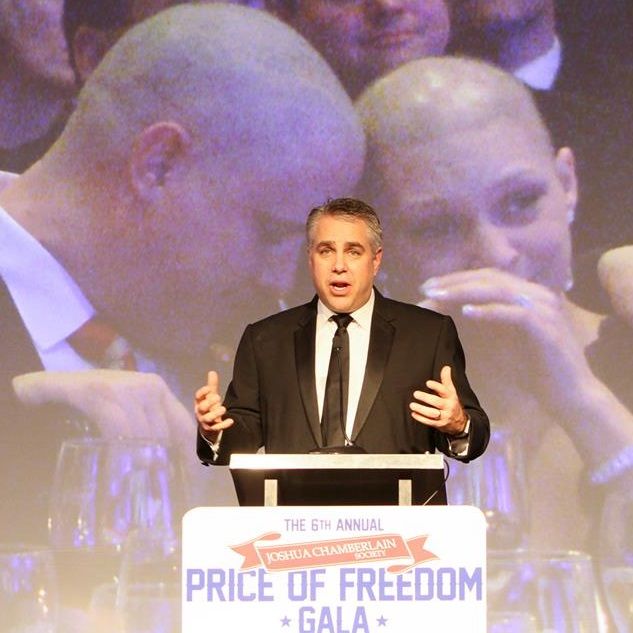 The Joshua Chamberlain Society is unlike any other veterans organization. We’re a 501 (c) 3 federally tax exempt charity and our mission is to make wounded veterans and families of deceased veterans feel the support and appreciation of their community for life.

With the help of generous donors, JCS “adopts” severely wounded veterans — those who have suffered traumatic brain injuries, lost a limb or multiple limbs, or both — as well as the families of those service members who sacrificed their lives in service to our country. JCS provides real, tangible support for these individuals and families not only in the present, but also five, ten, twenty or more years down the line. Years from now, they will still feel the support of a community grateful for their sacrifices.

Their sacrifice is permanent — so is our support.

Our support includes just about anything we can do to make a veteran’s life easier, or a fallen soldier’s family and children more secure. For veterans who have lost multiple limbs, we’ve assisted in paying utility bills on “smart” homes that make everyday life easier for these heroes and their families. We’re make substantial donations to the college funds of deceased veterans’ children. We help financially and materially with home additions and renovations that will be more accommodating to wounded veterans.

We are honored that our assistance helps severely wounded veterans to live full, vibrant lives despite their injuries. And we’re humbled that we can honor the legacy of deceased veterans by supporting children of these heroes as they achieve their goals.

We couldn’t serve our veterans without your support. Thank you for helping us give back to those who have given so much!

Our unique mission is that we adopt, in the truest meaning of that word, these veterans or the family of these deceased veterans, and commit to provide support for the long term

The organization began in St. Louis, but we’ve expanded and now have chapters in Nashville and Houston. JCS is unique because we are region-focused and our work emphasizes the role of the community. Donations may be made the chapter of one’s choice, allowing donors to serve the veterans in their community or region.

Want to Help Us? 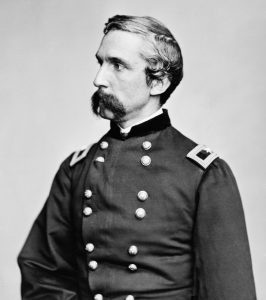 Joshua Chamberlain is a Congressional Medal of Honor recipient and Civil War hero, who lived his post-war years dealing with the pain of his war wounds, the namesake of the Joshua Chamberlain Society stands for all the military service members the Society hopes to help – brave and honorable warriors who sacrificed and lost so much in our service. Chamberlain was a college professor at Bowdoin College in Maine when he volunteered to join the Union Army. In his mind, such service to the Union was his not to be questioned, symbolic of a time when citizens of the North lived and breathed Duty, Honor, and Country.

Initially appointed lieutenant colonel of the 20th Maine Regiment, Chamberlain rose to the rank of brigadier general. He achieved fame with his valiant stand atop Little Round Top in the Battle of Gettysburg in 1862. Defending the far left end of the Union line, Col. Chamberlain knew that his regiment had to hold down the flank at all cost. Low on ammunition and the 20th Maine almost doubled back upon itself, Col. Chamberlain ordered a bayonet charge down the hill. The maneuver, that required unfathomable heroism and bravery by his entire regiment, resulted in the capture of many of the Confederate soldiers and saved the Union’s left flank assuring victory at Gettysburg – a turning point in the war. Chamberlain was also given the honor of commanding the Union troops at the surrender ceremony for the infantry of Robert E. Lee’s Army at Appomattox, Virginia. Indeed, his graciousness and keen sense of the historic nature of this duty was evident as he startled the world by calling his troops to attention to salute the defeated Southern army.

For all his bravery and leadership on behalf of the Union during the Civil War, Gen. Chamberlain’s most enduring legacy is his post-war life, living with the wounds of battle. In all, Chamberlain was wounded six times during the course of his service and was cited for bravery in action four times. He died of his war wounds in June 1914, at the age of eighty-five. Gen. Chamberlain also took care of Civil War heroes, bringing home one of his trusted sergeants to live with him after the war. Therefore, it is in his memory that the Joshua Chamberlain Society works to assist and honor modern-day heroes, and their families, who are similarly dealing with the effects of their service to the United States.