Sgt. Walkup graduated from high school in 2007. He then attended Motlow Community College for one semester. After the death of his brother, 1 Lt. Frank Bland Walkup in June 2007, Franz decided to join the military service. Sgt. Walkup did his basic training at Fort Knox, Kentucky and his AIT in Fire Support at Fort Sill, Oklahoma.

Sgt. Walkup was then deployed to Iraq for Operation New Dawn in 2010 where he performed the duties of FO/RTG. Sgt. Walkup was subsequently assigned to the 503rd Infantry Regiment and 173rd Airborne Brigade Combat team where he performed the duties of a Forward Observer when he was injured in combat. On September 29, 2012 in Wardak Province, Afghanistan, he received injuries sustained from five gunshot wounds from Afghan National Army soldiers.

When Franz recovered from his injuries, he attended Gunsmith School in Denver. He graduated in October of 2016, moved back to his hometown of Woodbury, TN and is now enrolled in machinist school. We are proud and honored Sgt. Walkup is one of our JCS/Nashville Heroes.

Keep up with Franz 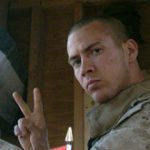 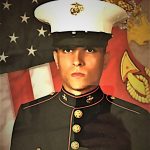