It is with great honor and humility that we can announce our Second JCS Hero, Sergeant First Class Cory Remsburg, Army Ranger, 1st Battalion, 75th Ranger Regiment. SFC Remsburg was born in Phoenix, Arizona, but moved to St. Louis, Missouri as a teenager, where he attended Ritenour Junior High and High School in Overland, Missouri. He was active in marching band, orchestra and jazz band during high school. He also belonged to the German club, participated on the varsity volleyball team, and, ultimately, became interested in the Army Rangers. On his 18th birthday, he joined the US Army.

Fast forward to October 1, 2009, on his tenth deployment in the Middle East in support of OIF/OEF (Operation Iraqi Freedom/Operation Enduring Freedom), Cory found himself in Afghanistan. Along with the seven other members of his unit, Cory was injured when an improvised explosive device (IED) was set off on the side of the road they were traveling. All of the Rangers in Cory’s unit were injured, with Cory and two others being critically injured. On this Memorial Day, we honor and remember Sgt. Roberto D. Sanchez, one of America’s finest heroes, who died in that horrific explosion.

The explosion also threw Cory into a canal, face down in a pool of water with a penetrating head wound. Due to the heroic actions of his fellow Rangers, Cory was rescued and rendered immediate life-saving medical care. He was taken by helicopter to Kandahar Air Base, then to Bagram Airfield, where he had surgery on his most serious injuries. Cory then spent two weeks at the Landstuhl Regional Medical Center in Germany for further life saving medical treatment. On October 16, 2009, Cory was transported to Bethesda Naval Hospital where he spent the next two weeks in the intensive care unit.

Overall, Cory was in a coma for over three months, but has since made incredible progress and improvement, through hard work, perseverance (he is, after all, an Army Ranger), and the loving support and daily attention of the Remsburg family. Each day brings new beginnings.

JCS, including our first Hero, SSgt Eckhoff, was privileged to be able to fly down to meet with Cory and his father, Craig, at the James A. Haley VA Hospital in Tampa, Florida. The trip was special and rewarding on many different levels that are too difficult to describe in an email. Among the most moving, however, was seeing one wounded warrior reaching out to help, provide motivation for, and welcome into the “JCS Family” another wounded warrior.

Please keep Cory and his family in your thoughts and prayers and realize that he is working every single day with great determination, patience, resolve, and diligence to get back to his fellow Rangers in Savannah, Georgia. You can follow Cory’s progress more closely at caringbridge.org/visit/coryremsburg. We, of course, will also be keeping you updated on the support we will be providing Cory based on your involvement and generous contributions to JCS.

Keep up with Cory

PHOENIX -- Don't expect Cory Remsburg to take anything -- even a handshake -- sitting down. This is the Army Ranger who did 10 tours in Iraq and Afghanistan, a total of three years and three months of combat. Cory and Craig Remsburg Asked whether the tougher fight was against the enemy or the battle [...]

Physical therapist Barbara Darkangelo works with Army Staff Sgt. Cory Remsburg at James A. Haley Veterans Hospital in Tampa. Remsburg sufffered a brain injury in an IED blast in Afghanistan in fall. TAMPA — Army Ranger Cory Remsburg was thrown like a rag doll into an Afghanistan canal Oct. 1 by the blast from a [...] 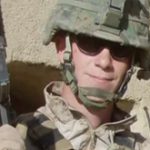 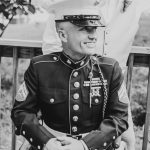