Mitzvot from the heart

Anna, daughter of Janne and Andy Burch of Creve Coeur, was looking for a “good fit” mitzvah project, as she called it, while preparing for her bat mitzvah. After her father suggested the Joshua Chamberlain Society (JCS), she thought it was a perfect fit because of the many friends and family in the military service. Anna also had a cousin, Master Sgt. Leslie Alexander Burch III of the United States Air Force, who gave his life in the line of duty for our country.

JCS is a St. Louis organization that provides financial help for our severely injured or fallen military heroes and their families. It has often been compared tot he BackStoppers, but the help goes to the members of the military, rather than the police officers and firefighters. JCS is fairly new and was started, in part, by a good friend of the Burch family, Matthew cutler.

A student at Parkway North Middle School, Anna became very involved with the Joshua Chamberlain Society. Two of her projects involved recruiting and working at the first two JCS trivia night programs. JCS recognized Anna’s leadership and enthusiasm and felt she contributed a great deal to these events. Together the two trivia nights raised roughly $32,000.

That wasn’t enough for Anna; she wanted to raise more money. After doing some research, she found another opportunity by organizing a Philthropizza fundraiser at California Pizza Kitchen. Flyers were made inviting her friends and family to dine at the CPK in Creve Coeur. Anna Raised about $400 for JCS as CPK donated back 20 percent of the food sales. This was such a huge success that California Pizza Kitchen wants to host this event again.

“I felt really strongly about doing these projects because they really help soldiers and their families. It has been a lot of fun helping and getting my friends involved too. I think this is such a great organization, and I really enjoying helping them raise money,” said Anna.

The mission of the Joshua Chamberlain Society is to identify and adopt wounded or fallen military service members who have made such an extraordinary sacrifice for our country. In the same fashion that our service members have sacrificed for our country forever, the society is dedicated to making an on-going commitment to our Heroes for the remainder of their lives (or the lives of their families, for the fallen Heroes). For more information about JCS, please visit the web site at www.chamberlainsociety.org. 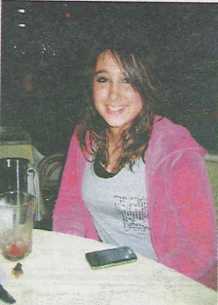 Mitzvot from the Heart is compiled by Editorial Assistant Elise Krug. Contact Elise at 314-734-3671 or ekrug@thejewishlight.com